Al Oppie, a Boeing engineer built the bike in 1970. The purpose was to build a light MX bike for the 500 class, weighing 30-40lbs less than the competition, using the Bultaco 306cc engine – it weighed 210 lbs. It was sponsored by Terry and Jeri Saxlund of Honda Bultaco in North Seattle.

The first rider was Gordy Ochs, the second rider was Randy Skiver who raced at the Premier Puyallup MX track. The last rider to race it was Jim Pomeroy in a local race. He won it and then progressed to the Trans-AMA MX ad Puyallup Raceway in the 500 class. Jim finished as the second American, in 20th place after Brad Lackey. That surprise finish earned him bikes an parts as a dealer sponsored rider from Bultaco. In January 1973 Bultaco invited Jim to Spain to race in the MX GP. He raced his first MX GP in Spain and won it! He was the first American and youngest rider to win a Motocross Grand Prix. Jim raced for Bultaco until 1976, then two years for Honda America in 1977 and 1978. He rode for Bultaco again in 1979 and retired in 1980. 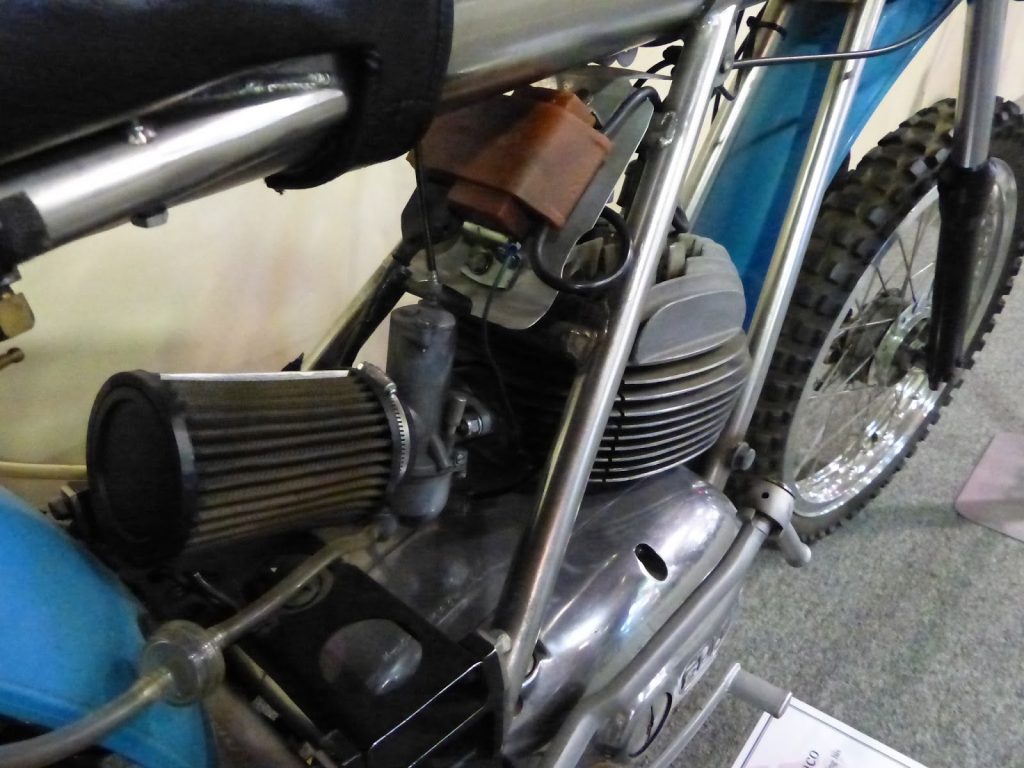 Thanks to Old Moto Dude for the article