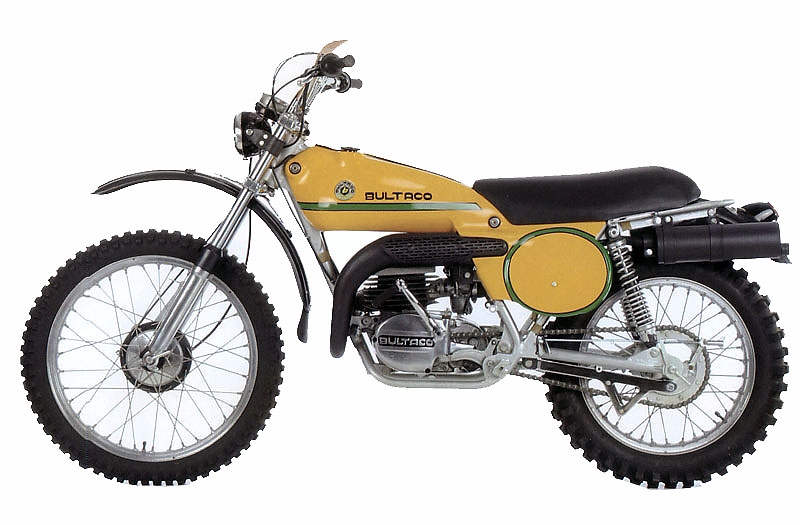 The experience gained in competition demonstrated that the Matador models were too heavy. Therefore Bultaco, in view of the evolution of the off-road discipline as requested by its riders, decided to produce a lighter more agile bike. The Biflecha, launched in 1973, incorporated many new ideas but ultimately proved to be too fragile and uncompetitive. The subsequent development didn’t improve the bile and the project was abandoned in 1975. This is the only known remaining bike of the eight that were produced during this period.