As a result of Bultaco’s first participation in international trials with prototypes derived from models of other specialities, Sammy Miller, the best trials rider of the period, came into contact with the company.
This collaboration resulted in the production of the first Sherpa T that, in the same year as its launch, won the definitive event in trials, the prestigious Scottish Six Day Trial.
This was nothing short of a revolution as it was both the first non-English and first two-stroke bike to win such a mythical event.
This marked the beginning of a new era and consigned the supremacy of English four strokes to oblivion. Bultaco began its period as a dominating force in world trials that lasted until the permanent closure of the company. 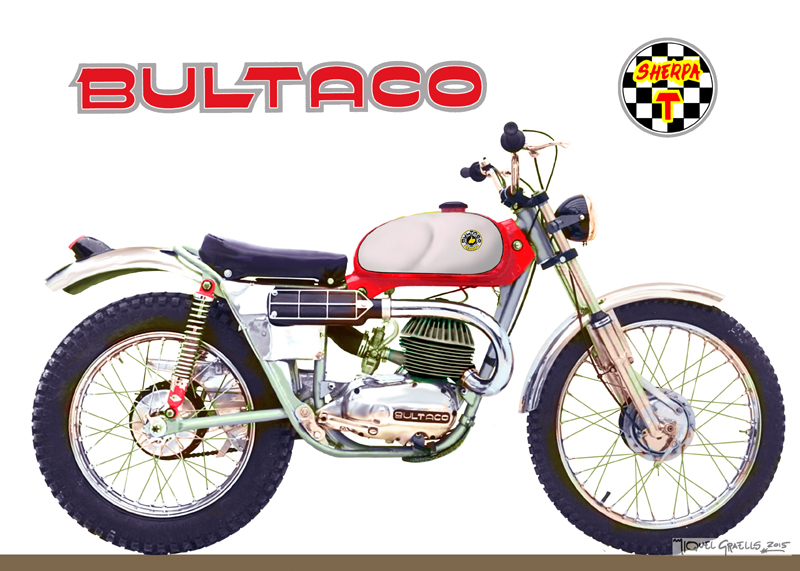