In Finland in 1979 at the age of 22 Manuel Soler popularly known as “little monster” became the first Spaniard to win a world championship trial. He was riding this Sherpa T prototype, when against all predictions he won the trial held on his teammate Yrjo Vesterinen’s personal training ground, behind his family’s house.

The features which distinguish this model from previous ones like the more compact ignition cover, the frame cut beneath the engine to gain more ground clearance, the aluminium skid plate, the s-shaped sidestand and the handlebars with central reinforcement were all incorporated into the production model. 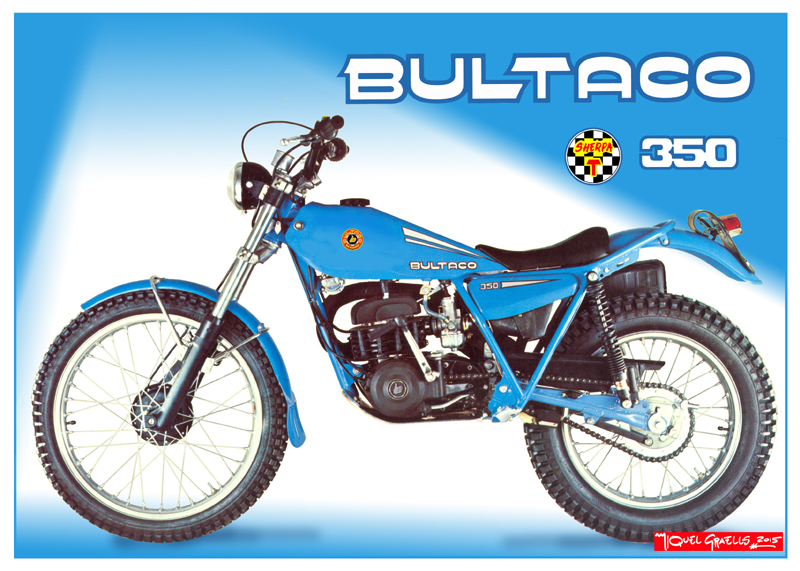