The Saturno was a compromise between the basic utilitarian Mercurio and the more sportive Metralla and was an evolution of the “200” model. A touring bike with simple but appropriate finishings and a quiet engine that was designed for reliability rather that performance in mind. However, this model was never widely accepted, perhaps because it lacked a personality of its own. It was replaced by Senior 200, considered by the company to be Junior’s “older sister”. However, both this model and the Saturna didn’t remain for very long in Bultaco’s sales catalogues. 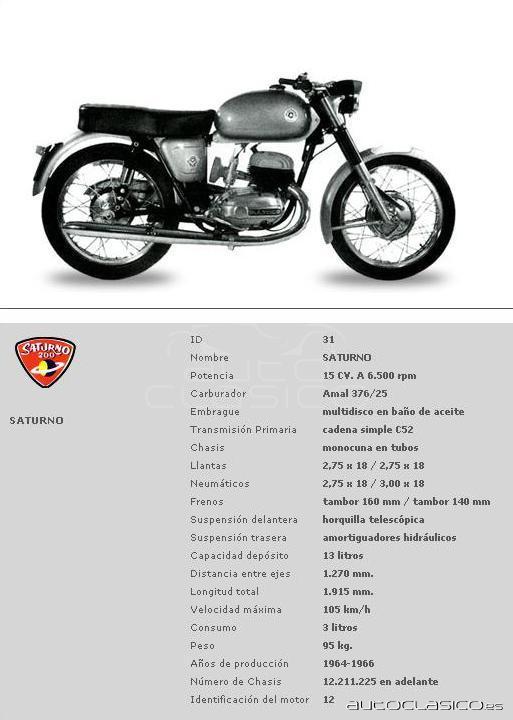