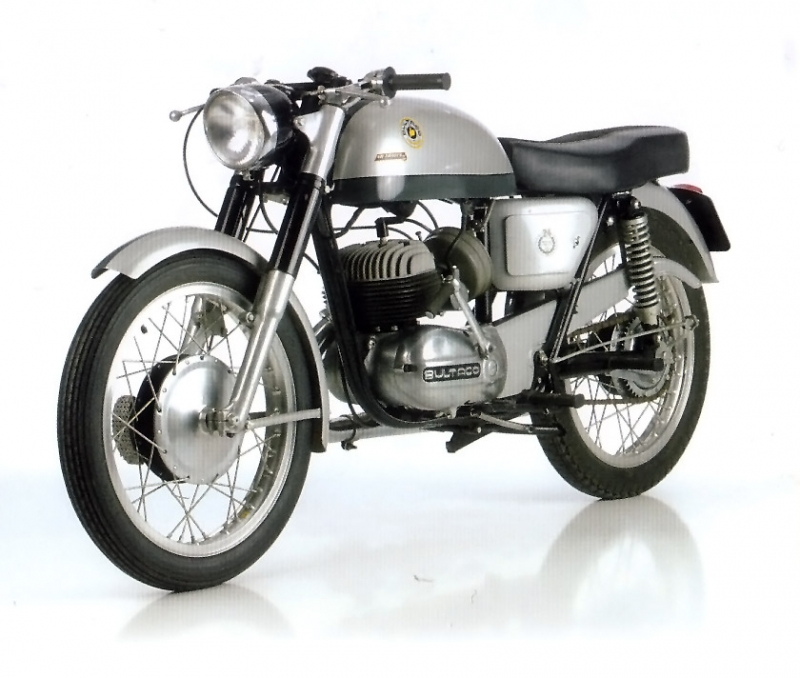 The 200cc engine served as a base for a new family of motorbikes known as Metralla and heirs of the “racing spirit” of the first Tralla. Due to its excellent performance (a maximum speed of 130 kmh) this series would soon become the most charismatic of the company contributing in large part to Bultaco’s expansion into the international market. As had happened with the Tralla 101, a racing version of the Metralla 62 was soon launched and called RS. The model became prestigious in British production races another distinctive aspect of this bike was the elegant tank with a flat underside.